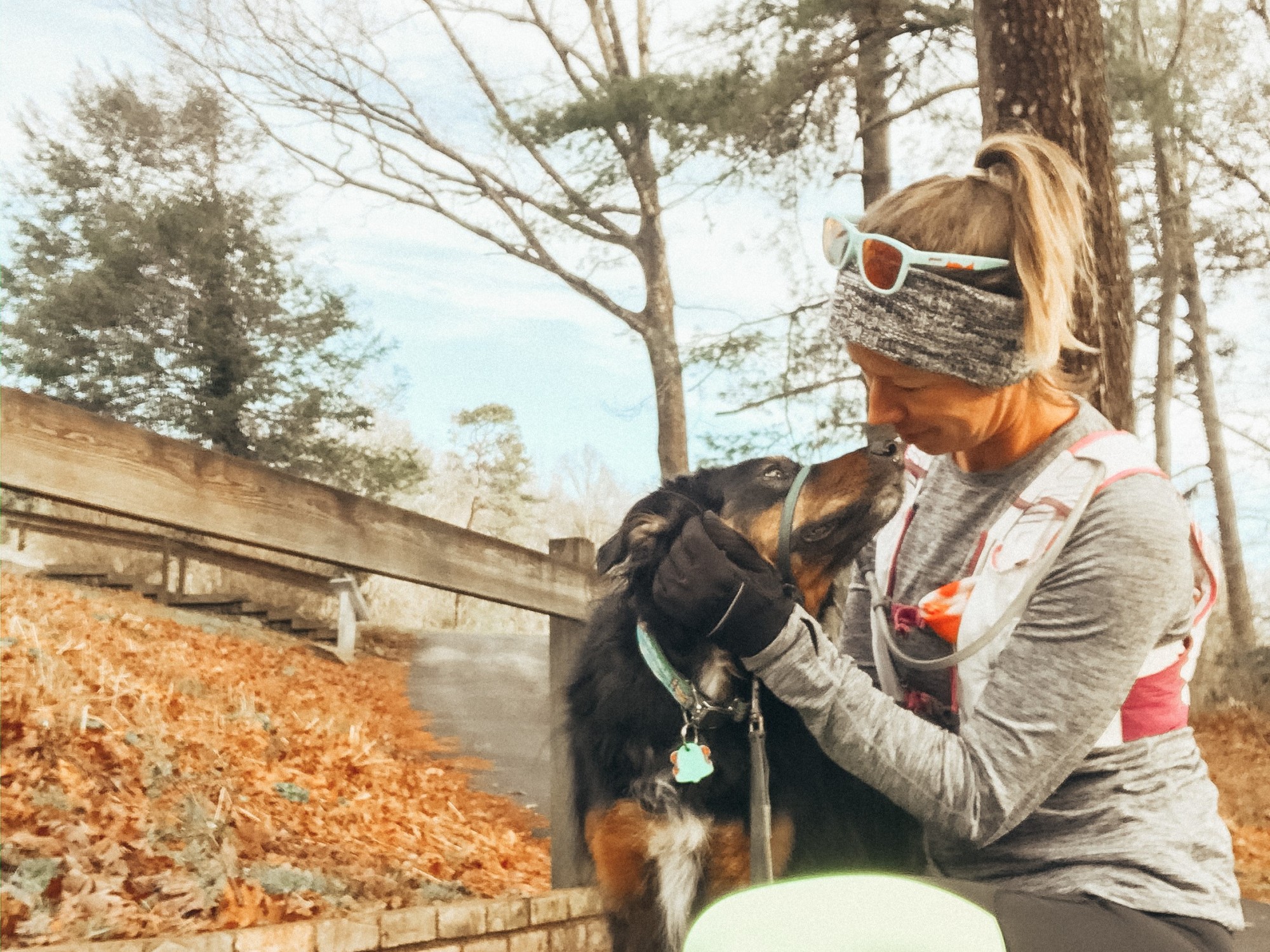 I really meant to write a recap for each month. I underestimated how busy we were going to be at work. Not necessarily my team, but me – 2019 recaps and processing goals, merit raises, and bonuses for my team from 2019 plus new programming and hiring… It’s been a whirlwind, but I’ve loved it!

I left off with a month 1 recap for the month of December for Asheville Marathon training. I felt like I was needing to be consistent with my water intake and strength training routine. I think I nailed one of the two in January, that one being water. Yea I definitely kept dropping the ball on the strength training and I have been paying for it. My leg is in rough shape and I’m just hoping it holds out through the last long run this weekend and into the tapering homestretch.

January ended with about 111 miles. I had built my long runs up to 16 miles and was feeling mostly great. By the end of the month I had done one strength training session (LOL). I was also gifted a new running stroller and it came at the perfect time! My old hand-me-down Bob had seen better days and I couldn’t keep air in the tires anymore. A friend down the road wanted to get rid of her 2011 Bob (but still in great shape!!) and I snatched it up quickly. It’s like upgrading to a cadillac!!

I’ve consistently held 4 runs a week, which hasn’t happened for me in years. My long runs were nice and strong in January, some of which had to be run with a stroller. Most of those miles ended up happening on the golf course. It’s just easier to not have to deal with traffic, as our neighborhood doesn’t have shoulders on the road and they’re so winding and I know people don’t pay attention.

I was really proud that at least twice I saw paces under 9mm, which hasn’t happened since I had Clara!

February started out with a lovely run with my hubby. I love running with him, even if he probably doesn’t love it as much. I also bonked on my 18 miler the first weekend and first long run of the month. My brain was so bad, by body hated me, I slipped into a really deep depression episode and I just needed to not worry about mileage. I decided my 18 milers are cursed. Clara was up all night, Chad was scheduled for a massage so I needed and was supposed to start early – which didn’t happen. She wasn’t cooperating and Chad wasn’t waking up to take over (I wasn’t confident enough at the time to wake him) so I started so late. I had a window later in the day to get more done, but it felt more important to take Clara to the park and play with her. I don’t regret it. But seriously – those damn 18-ers. Chicago was the bee stings. Grandma’s was when I found out I was pregnant. I’m just going to skip 18ers in the future training plans!

To make things worse, my leg pain really amplified in February. Finally to the point of getting it checked out. I saw a PT, but he didn’t take my insurance so I didn’t want to keep seeing him. I have really great insurance and it doesn’t make sense to go out of network or work with someone who doesn’t take it. I saw our onsite PA – whom I love!!! and is helping me with postpartum depression – and she was clueless but recommended an ortho. They took x-rays to make sure there wasn’t something bigger happening in my bones. All clear.

He also tested my strength and decided nothing was torn. He recommended a PT that works with runners specifically, but again she doesn’t take insurance so I wasn’t going to spend that kind of money out of pocket. He narrowed it down to two injuries flaring up with a significant amount of inflammation on top of it. Glute med and hamstring with TFL and IT band inflammation in my hip. His biggest recommendation was strengthening it, but also stretching. I’ve been doing better incorporating both. In fact, I completed my third strength training session for the week last night! I’ve been loosely following 80-Day Obsession on BOD, because it is so glute-centric. It definitely feels better when I work my glutes, but it still bothers me almost 100 % of the time.

I had my last run of February last weekend- my long run, the longest of this training cycle: 22 miles! I hit just over 35 miles for the week last week and it went off without a hitch. I have my fuel all planned out – I’m chugging water regularly, and chewing ibuprofen to try and stay ahead of the inflammation. I’ve also been trying to test pre-race meals and dinners to see what works best. So far I’m leaning toward an easy carb and light protein option. Last week was rice and chicken… this week we’re trying pasta and meatballs.

I haven’t decided what I’m going to shoot for for a goal with this race. I have some really amazing friends that are coming down to visit and run for the weekend, so I really just hope to be able to keep up with at least one of them throughout the race! I haven’t ran with Melissa in MONTHS and I’m dying to catch up. What better way to celebrate a reunion (and my birthday) than by running together for 4.5 -5 hours? (hopefully closer to 4.5).

How do you decide on a marathon time goal? I usually have an A, B, and C goal. Ultimately A is time based, and C is survival based. What’s the sweet spot in the middle?

Running. Yogi. Mom. I often forget to post about the mom stuff. Here’s my nugget… I also have a monster… ❤️ (the monster is 14 so it’s hard to capture him because his natural habitat is anywhere not with mom these days 🙈🤣—Esp if she has her camera out!!).
It’s a hard rock life. #nrocks #teampowerpatchkids #viaferrata #rocklife #runnernotrunning @nrocks_wv 📸: @outdoorsymary #gosummer @sierranevada
This was life. First multi-pitch climb with SRMG up Seneca Rocks. Thanks @riveternc for the training! Okay felt so strong and confident 🤙 #shesends #sendit #riveternc #senecarocks 📸: @pandaflips and @aprilmay_wander @senecarocksmountainguides
This might just become a running yoga IG account again after all…
Lake to ourselves on a holiday weekend? Yup. Secret waterfalls? Yup. #sup #supyo #standuppaddleboarding #secretwaterfall
Our marriage is always stronger when we adventure together. I miss skydiving with this man, but I’m so glad for new goals and challenges, like climbing together. #coupleswhoadventure #climbingstrength #climbingpartner #lifepartner #riveternc @chadahchad @riveternc
Soar, baby girl.
I used to think the sky was the limit.